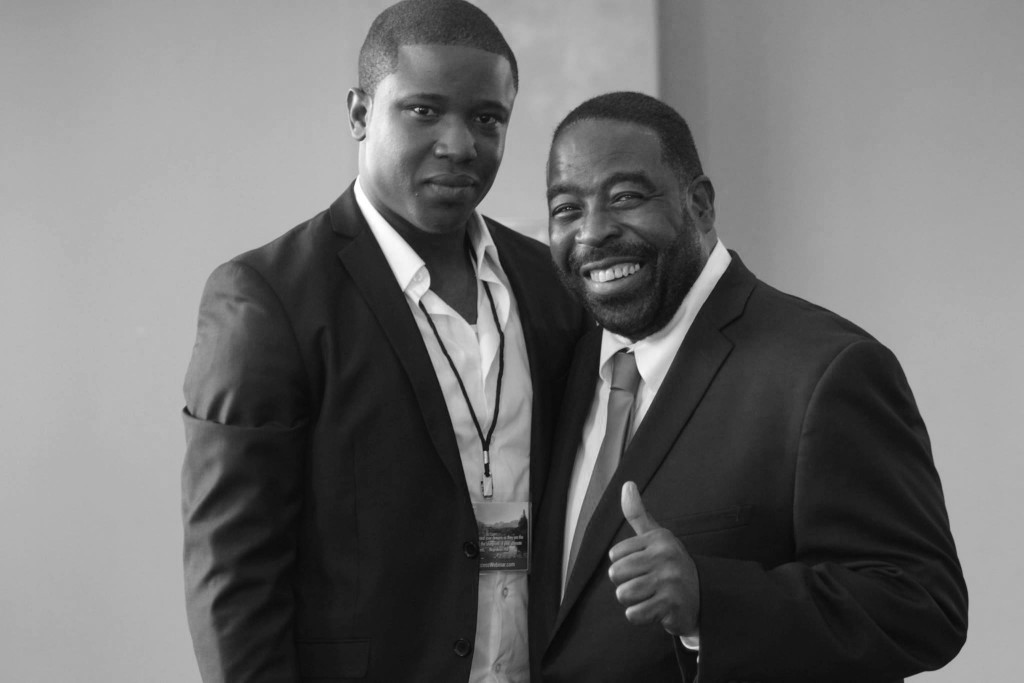 It was an early morning in summer 2014 – I just moved to Kyiv, Ukraine with a friend and we were having one of those lazy mornings, the kind that makes you wish for a breakfast in bed, except that in this case , I was engrossed with the thought of my trip to NY for a film course that required me producing a short film at the end of the programme. The weeks prior, I pondered what film Idea to birth and up until that morning, nothing had clicked. I had always been a big fan of motivational speakers and at that time Les brown was at the top of my list. I spent the previous 6 months perusing his numerous tapes and books but that very morning, he wasn’t particularly in mind. I shared my ‘Lack of a film-idea’ qualm with my friend and she said, “what if you made a film that could inspire people” —Bang , that was it . The movie appeared.

“And, when you want something, all the universe conspires in helping you to achieve it.”…The Alchemist

I developed a short film titled Lesley, based off of  Les brown’s true life story, but If I was going to make it, I needed him to see it. The problem was, besides seeing him on Youtube, I didn’t know anything else about him – I tried to write his son John Lesley but got no response. I wrote countless emails to his office but no one replied. I went to NY anyways and made the film. I tried again to reach out to him a couple more times and it just didn’t happen. At this point, after 2 months of staying in NY with 3 days to my flight departure and holding a short film I made for a man I just might never meet , it felt like I had failed. I found out at some point that he lives in Florida and while I didn’t have the money to fly to Florida, it would even be crazier to show up at this man’s house unannounced (In the event that I somehow find his address).

Anyways, 2 days before my final departure ,I was on the phone with an old friend ranting about my little debacle, in that moment, something said to me, “Open his Facebook page”  and I did. Voila!!!, it was slowly coming together — He had scheduled a conference just few blocks away from where I stayed in Queens, I paused for a moment, mouth wide open, in awe of this amazing miracle – well except for another problem . He will be there a day after my scheduled departure which leaves me with one option -change your flight plan . That brought me to yet another knot. I called the agency I bought the flight ticket from and they said it will cost $300 to make the changes. I was running low on cash already and didn’t exactly have that, so I decided to call the airline directly and to my utmost surprise, I think the operator forgot to ask for my credit card details but all I know was that she changed it to another day and didn’t charge a dime.

So here I was, mic in my hands, staring at a man I had only seen on YouTube and always wished to meet. Stuck for a moment , I finally got to speak.

“You made a film for me ?” He asked , “yes I did”, I replied . “Oh my,I always knew I was heading to Hollywood” he added. He was excited to say the least -I threw the option for a feature length film , he said he was open for that. He proceeded to hand me some of his tapes and his personal contact , so we could keep in touch for the project . A few weeks later , I received his autobiography, and what will be my first attempt at a Feature Length project is on the way …. It’s funny how these things work, Les may not know it, neither was the Air France phone operator, but all that plan, errors and a huge conference was set up for one little guy from the east, who simply made a plan one lazy morning and it all came to fruition because, Once you want something, all the universe conspires to make it come true.